Akey reason why violence against children remains hidden is the reluctance of many victims to disclose their abuse, seek help to cope with the experience or take actions to protect themselves from further victimization. Findings from 30 countries confirm this, with only 1 per cent of adolescent girls who had experienced forced sex saying they had sought professional help. This reluctance on the part of victims to report incidents to authorities or other professionals poses a challenge to exposing the true extent and nature of violence against children. The reasons why are varied but can include fear of retaliation, guilt, shame, confusion, lack of confidence in the abilities or willingness of others to help, or lack of knowledge of available support services. Cultural and social norms can also drive a victim’s reluctance to come forward or can dictate to whom she or he is expected to look to for assistance.

Among girls aged 15 to 19 years who ever experienced forced sex, the percentage who sought help from professional sources

Notes: Professional sources of help include doctor/medical personnel, police, lawyer/court and social service organization. Data for Chad, Comoros, Ethiopia, the Gambia, Kenya, Nepal and Peru are based on 25 to 49 unweighted cases. Data for Afghanistan and Mali refer to ever-married girls aged 15 to 19 years who have ever experienced forced sex committed by a husband. The figures in this chart may overestimate help-seeking from professional sources for experiences of forced sex since they also include those who have ever experienced any physical violence and sought help. 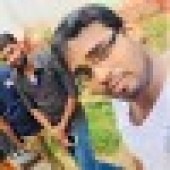 A reality throughout childhood and adolescence